Age Discrimination And How Employers Get Around It

In 1967 the Age Discrimination in Employment Act (ADEA) was enacted to protect employees over the age of 40 from discrimination on the basis of age in hiring, promotions, discharge, compensation, or terms, conditions or privileges of employment. The Older Worker Benefit Protection Act amended several sections of the ADEA. In addition, section 115 of the Civil Rights Act of 1991 (P.L. 102-166) amended section 7(e) of the ADEA (29 U. S.C. 626(e. The agency who is tasked to handle violations of the ADEA is the Equal Employment Opportunity Commission (EEOC).

This law sounds like a good idea to protect the older worker but in reality it falls way short of doing just that. Crafty employers have found a way to get around the law now making it legal to discriminate.

Let's show a few examples and for this we will use a fictitious person we will call 'Peter' a 58 year old man married and has 2 children all over the age of 20 and he is a computer programmer by trade.

Peter applied to a company 'Acme Widgets' for a position as a computer programmer which he did not get because of his age. The interviewer was so bold as to tell Peter that he was too old for the position. Peter files a complaint with the EEOC who investigates the compliant. The company simply responds that they were bringing in a new technology and that Peter was not qualified for the job. Case Closed.

But what if Peter recorded the conversation? Great idea-Not. First it would not be admissible as evidence since it was not ordered by the courts and as such it does not exist. Secondly since Peter supplied the recorder and not an investigating agency the recordings would be suspect for Peter could have faked the interview with the help of a friend. And since the recorder might have been hidden in his jacket the sound quality would not be the best making it hard to distinguish the interviewers voice from someone else. Case Closed.

OK, Peter is employed by the company and has been turned down time and time again for promotions while others who have not been with the company as long as Peter has been get promoted.  The company responds by saying that Peter's job performance was not up to their criteria for promotion.  Case Closed.

Janet, a 24 year old who just graduated college is hired to work in the copy room.  The company gives her a fantastic benefit package with a 410K that the company contributes 50% to.  Peter on the other hand as a meager package and the company contributes only 1% to the 401K.  The companies response again goes to Peter's "poor job performance".  At the same time generally there is no statute stating that everyone has to have the same package or any package at all.  Case Closed.

One of the most insidious ways that an employer can discriminate is in states that are 'employment-at-will'. Here the employer does not need an excuse to terminate employees for they can terminate anyone at any time.  So Peter being 58 is replaced by Eric an inexperienced 24 year old.  Again the companies response would be that they no longer need Peter's service and there is no other place to put him, or his skill set is not up to par, or worse yet they claim that he was sleeping on the job or mouthed off to a supervisor.  Mind you all of these are not true.  Peter loses, the company wins, again.  Case Closed.

Peter was terminated because of his age and was replaced by Eric.  The company told Peter that they wanted to weed out all of the older workers and replace them with younger and fresher blood.  Here the company openly admits to practicing age discrimination knowing that they can get away with it.

Case in point, I know a guy that was 58 who was the CTO of a public company when he was terminated for his age. The firm said they were going to outsource the tech department but instead hired a 26 year old who had no experience to run the I.T. department.  The firm knew that they could freely discriminate based on age.

Now one of the biggest loop holes in the law that companies can use actually makes age discrimination legal.

Peter contacts the EEOC and files a complain on age discrimination.  The EEOC investigates and a month later sides with Peter that he was indeed harmed by the company.  As powerful as they seem, the EEOC has no authority to enforce the law instead they present Peter with a paper with their findings and tell him he has to hire a lawyer to sue the company.

Peter seeks out a lawyer and find that most want a hefty retainer up front like around $30,000 to start with. Unlike an accident which lawyers take on contingency cases like this require a retainer up front.  Peter does not have the $30K.  The company wins, Peter loses.  Case Closed.

Let's say that Peter does have the $30K or finds a lawyer that will take a lower retainer of waived the retainer fee altogether.  Peter loses again.  Why?

The minute the lawyer files the law suit against Acme Widgets it becomes public knowledge.  Unlike what you see on TV shows, law suits can take from 2 to 5 years or more to settle.  Most never go to trial and are settled out of court.  Peter needs to be able to pay his bills and feed his family and cannot wait that 5 years to settle so he needs to find a job in the meantime.

A lot of companies utilize employment screening firms to try and dig up dirt on an applicant.  In Peter's case it was discovered that he is suing Acme Widgets.  He is labeled as a trouble maker and no company wants a trouble maker in their ranks.  So Peter loses out on opportunities. Because of the filing, Peter cannot find work and has to settle for a low paying part time job flipping burgers.  Acme Widgets wins and Peter loses.  Case Closed.

Companies know this and can use it to their advantage and practice age discrimination openly and freely knowing that little is anything will happen to them.

The laws need to be changed and made stronger to protect the older worker and to give the EEOC the authority to enforce the ADEA through civil and criminal action.

What's Missing In Your DRP?

So what is the one thing that is often over looked by so many? Refuse removal. 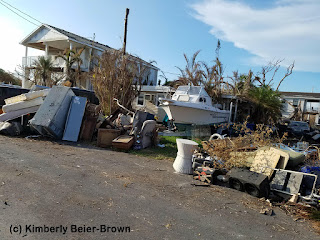 As an example it is no secret that the Florida Keys was hit with a devastating storm when Irma bulldozed through in September 2017. Many homes, boats and businesses were flattened into nothing but wreckage. A lot of that wreckage still remains over four months later in piles on properties, along the sides of streets and in canals and is just sitting there. It has been a frustrating ordeal for the citizens of the Keys as Monroe County and FEMA have seemingly dropped the ball in removal. Hence is the great fail, people often are reliant on government agencies to come in and clean things up.

Instead of relying on the government for emergency refuse removal your DRP needs to have provisions in how to remove and safely dispose of any debris on your site regardless if the debris was generated by your building or from someone else’s. Generally you would need to hire a contractor to take care of this task for you unless you want to take care of the it yourself. But regardless any debris must be brought to and properly disposed of in an authorized landfill or recycling center. Regardless if you hire someone to remove and dispose of the debris or you do it yourself you could be ultimately responsible for the final disposition. 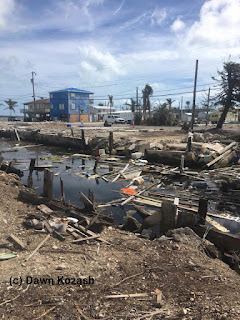 Here comes another aspect, some of the debris may need to be separated for recycling and that might be an important part of your DRP. Items can include various metals, plastics, glass along with normal debris, not to mention potential contaminates. These can include propane cylinders and tanks, gasoline cans, paints, lubricants and other chemicals. And let’s not talk about untreated sewage which brings about it’s own health risks. For those potentially hazardous items you will need to follow proper collection and disposal procedures to the letter.

In some areas you may be allowed to simply burn the debris but with the todays pollution laws you could wind up getting hit with a serious fine from the EPA, fire department or police department. So before striking that match check to see if you are allowed to do so.

By not cleaning up and properly disposing of debris cannot only hinder successful recovery of your business or home but can cause a potential health risk. So no DRP can or should be considered complete unless refuse removal is included in it regardless if you own a business or not.